A Wooden Structure of Biblical Proportions

A Wooden Structure of Biblical Proportions 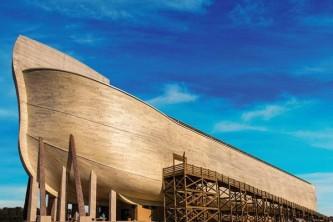 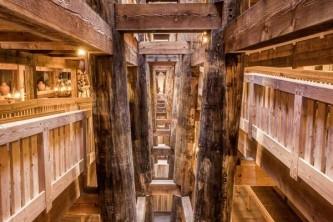 The biblical story of Noah’s Ark is prime fodder for the woodworker’s mind. Believers and Atheists alike find it fascinating to contemplate the sheer size of the ark and how it could be constructed by a mere mortal and his sons without the aid of technology. At the Ark Encounter theme park in Williamstown, Kentucky, a life-size replica of the ark has been constructed to match the dimensions outlined in the Bible. At 155 metres long, 25 metres wide, and nearly 16 metres high, the exhibit is one of the world’s largest timber-framed structures. Over one thousand craftsmen were employed to build the ark including more than 75 skilled Amish craftsmen. Ark Encounter is the brainchild of Australian ex-pat, Creationist Ken Ham from Brisbane.

A total of 7,315 cubic metres of timber was used including nearly 3,000 cubic metres for the frame alone. Pine was used for the exterior shell but most of the material used for the framing was responsibly harvested dead standing Engelmann Spruce. The largest logs measured 15 metres long and 91 centimetres in diameter. The cost of the entire project (not just the timber
and labour) amounted to $102 million USD. 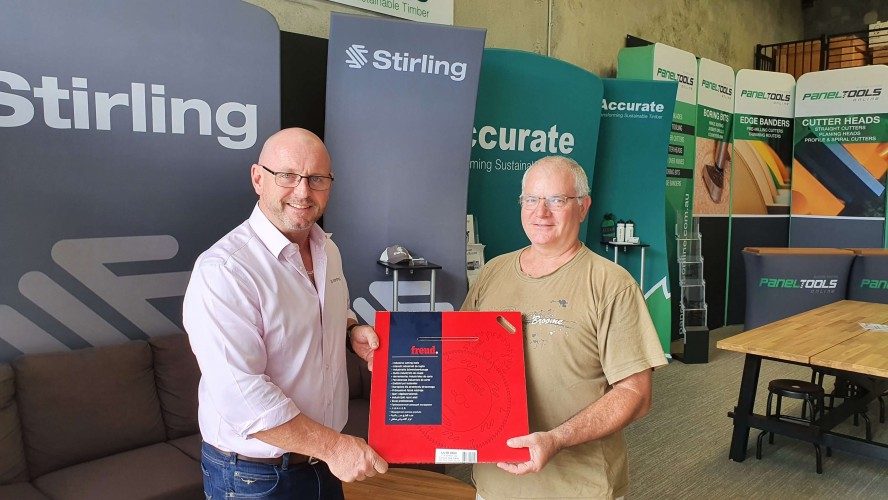